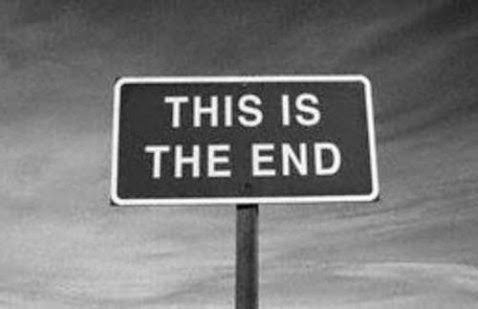 As with all things with a beginning, there is also an ending. This is one of those moments for J and L Research and Exploration - it is time to bid a fond adieu.

With over four years writing about our exploits locally and abroad we have decided to hang up the keyboard and pursue other adventures. Of course, it did take a little arm twisting from being one of the winners of the California Superlotto - okay there was no wrangling of our appendages to make this decision.

With John's third novel, 'Iquitos - the Past can Kill' (working title) and his fourth set in Europe for 'Vlad - The Last Crusader' it was decided to relocate to a home we purchased in Ireland for the chance to write and relax. The small village of Bray on the east coast is not more than 12 miles from Dublin with a population of nearly 32,000, and seems the most logical place to reside. Cool ocean breezes, thick green hills (bre means hill in Gaelic), and just large enough to be comfortable in with lots of pubs to sit and tip a few Guinness with the locals. Of course, with Dublin so nearby there will not be a chance to miss the nightlife on those occasions when being in a large city is called for.


The house, or more like a small castle (doesn't everyone want to live in a castle) is located on a high point west of the city center and is nestled on nearly five acres of treed land.

A nearby ancient, probably 13th century fortified tower house also occupies the property but is in pretty bad shape but nothing a few years won't bring back to life with the assistance of a local stone mason who has looked at the tower and deems it salvageable. So, just on this small plot of land in the Irish countryside there is plenty of research and exploration to be had.

Perhaps, in time we will again enter the realm of the blogger sphere with more tales of Ireland - but then again who knows?

At this point we are busy selling homes, reducing household goods, getting the puppies their shots and correct paperwork for the journey to the Emerald Isle and saying farewell to friends and family in California and across this great land.

We will always be Americans at heart but for the foreseeable future we will be ex-pats living in the land of our roots - Ireland. 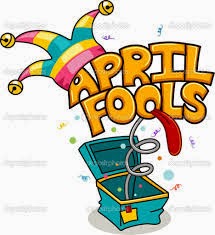 A Great Lady - My Mom

The emphasis of this blog has always been to tell tales of adventures and explorations by the team of J and L (John and Laureen) and this one is no different but it does not cover a foreign land or even a close locale.

What is different is this one tells the tale of a wonderful woman - John's mother. Anne F. Beyer (Annie to many) who passed away around 9 p.m. on Sunday the 1st of March in Riverside. A woman of accomplishment - married to a great guy (John's father) who not only served in three war zones but was an accomplished artist and engineer. Daughter to 'Nana' - a short and powerful woman of Irish descent who could not only grab an ear when needed but could cuddle a broken soul.

But as stated earlier this is not a blog about personal issues as the loss of a parent but Anne F. Beyer had Alzheimer's. Probably one of the worst and most inconsiderate diseases (if a condition such as this were to be considered as having has a mind and soul)  a human could ever encounter. Something that robs the brain of memories, experiences, and emotions, while placing them into a world they and those around them are not familiar with. When turning on a light becomes a chore - not because the muscles don't work but you forget how to turn it on. When driving a car which was once a joy and an adventure becomes Mr. Toads Wild Ride not knowing where you might end up. Looking at faces you have known for over seventy years and wondering why these strangers are in your room.

No, Alzheimer's is a despicable reality-wrenching entity which finds pleasure in creating holes in the brain leaving the owner of that brain with holes concerning their own existence.

A definition: Alzheimer's disease accounts for 60% to 70% of cases of dementia. It is a chronic neurodegenerative disease that usually starts slowly and gets worse over time. The most common early symptom is difficulty remembering recent events, short term memory loss. As the disease advances, symptoms can include: problems with language, disorientation (including easily getting lost), mood swings, loss of motivation, not managing self care, and behavioral issues. As a person's condition declines, she or he often withdraws from family and society. Gradually, bodily functions are lost, ultimately leading to death. Although the speed of progression can vary, the average life expectancy following diagnosis is three to nine years.

As with other diseases which will rob a perfectly healthy person of their life there is a chance of setting life matters in order. Cancer, as an example, at least in the majority of cases gives a person a chance to set the end of  their life in order. When diagnosed, a cancer victim, (I use the term victim, because you do not invite this insidious creature to you) may be shocked and dismayed but depending - depending - may have time to have all their worldly events scheduled. No one wants to leave loved ones holding the bag - as the saying goes.

Alzheimer's is the opposite - it wants its victims to fade into yesteryear, future year or nowhere year - there is no rhyme or reason.

Research shows that early detection and proper treatment may extend a person's life with Alzheimer's may extend the victim's life for years. A competent neurologist must be consulted at the first sign of memory loss or forgetfulness, a nutritionist should be sought to make sure the diet is what is needed to ensure the body receives what a healthy body needs, no unnecessarily traumatic events (like lying to them about health issues or money for some personal gain for example) should be introduced since they may focus on that and may give up, the victim should stay in their most recognized setting for continuity (placing someone in a home is the last resort - there are many agencies offering 24/7 skilled care to keep the victim comfortable and relaxed in familiar territory)  and just overall common sense should be taken into consideration.

Anne F. Beyer suffered from Alzheimer's/Dementia toward the end of her life. John held her hand just days before her death for over an hour just talking to her, telling her there was no baby in the room. He said he was her baby and all grown up now and made her laugh. He obediently looked for and reassured her that there was no boogie man in the corner. He did it with a smile and love knowing it may be the last time he saw his mother alive.

So much more research needs to be done to rid humanity of this unbelievably cruel disease and only those who care enough will be the ones to find the cure - humans, some are not worth much, but the majority care deeply for their fellow neighbor. And with this in mind - we want to wish Anne F. Beyer our undying love and devotion.

She will be missed by every person who ever met her.

I love you mom. Your son John - say hi to Dad and Nana.