When J was asked if he would be interested in attending a 'Rockabilly' evening at Riley's Farms in Oak Glen, he just stared straight ahead.

In a past blog, J and L wrote about taking middle school students to Riley's Farms for a historical perspective on the Civil War. A great learning experience was had by all - both students, staff, and parental chaperones.

But now a 'Rockabilly' event?

No, it was not another school field trip but simply an event of great music from the 1950's performed by a very talented band, awesome food and dancing for hours by the patrons. J and L, along with two of their daughters (Erica and Jessica) and their husbands (Brandon and Justin) would be the total for this family field trip.

A little research showed that the Rockabilly is one of the earliest forms of rock and roll in the United States. It started in the South with the mixed sounds of country and rhythm and blues - this is, of course, the beginning of all rock and roll. The mention of 'billy' comes from the combination of 'hillbilly' music which forms many of the unique sounds of this forties and fifties invention into the music world.

This is where the legends of Johnny Cash, Bill Haley, Buddy Holly, the Big Bopper, Elvis Presley, Jerry Lee Lewis, and many others were made. A fast paced and electrifying sound that is as much appreciated today as it was in it's infancy. 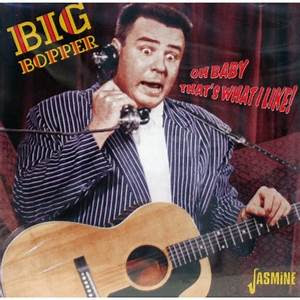 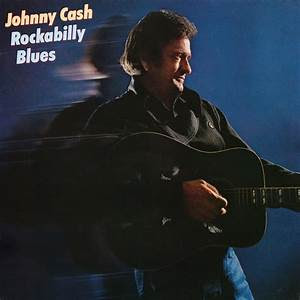 That was apparent as those who gathered for this Rockabilly event were all festooned in their time period getup's - girls in crinolined skirts and the guys with jeans with curled up pant legs. We had transported sixty years into the past for the evening and forget in which century we belonged for a few hours.


Rockabilly has its fans but most don't know the intensity it has with some musicians.

As Brian Setzer of 'Stray Cats' once said; "McCartney! Haven't met him and haven't played with him. I would love to. He needs to make a kick-ass rockabilly record."

This sound moves every inch of fiber in a person's body. "It's electrifying," as John Travolta exclaimed in the 1978 film 'Grease.' Now he might of been describing love but we like to think he was talking about the music of the time.

J and L thought it would be fun for just the six of us - but we were wrong. In reality, J and L met up with two old friends, Andrew Lizotte and David Page, who had taken the short ride to Riley's Farms and the duo made many more friends on the dance floor.

For a very reasonable expense the evening started at 6 p.m. and flowed into the hours nearing 10 p.m. After a very tasty dinner, featuring menu items named 'The Big Bopper,' the 'Elvis Special' and other delights, most of the guests were quite satisfied they had gotten their money's worth. Dancing to this  music is not for the faint of heart - actually, one could lose a heartbeat or two jumping and jiving like the crowd did on this particular night.

There was more than one end of a fast-paced song and dance that, yes, even youngsters in their twenties went huffing and puffing to find a chair being glad the band had struck the final note. People made their way back to the tables for a lung full of breath, a napkin to wipe the perspiration off the forehead, and perhaps a sip of a cool libation.

Fitbits were screaming with results of steps. It was a night of continual movement and excitement.

The band, Craic House, seemed not to take a break and played on and on to the delight of the patrons.

This band was great! They had originally formed under the drummer, Danny Oberbeck, and have been around over fourteen years playing what they refer to as 'Shamrockabilly'. Their special type of sound has been performed at over 2,000 concerts and in the summer of 2017 they toured Europe.

As said, a good time was had by all.

There isn't much to say except when a chance comes to shake the dust off of one's feet - always take it. Blood pumping through the veins with raucous music and crazily moving feet can do more for a person than sitting on the sofa wondering why there are three hundred channels available but nothing to watch.

So, when exploring one's own backyard for things to do realize there is so much that there is not enough time in one's life.

Check newspapers, Facebook, etc to find events happening near you and go out find them. And if a dance or concert you are going to, don't worry how you look on the dance floor. There are plenty of others much worse on their feet.

Move, dance. smile, and be glad to be alive in the moment because it is only the moment's that make up the path of a full life.


All photos were shot in black and white for effect by Justin Barr - https://www.justinbarrphotography.com/